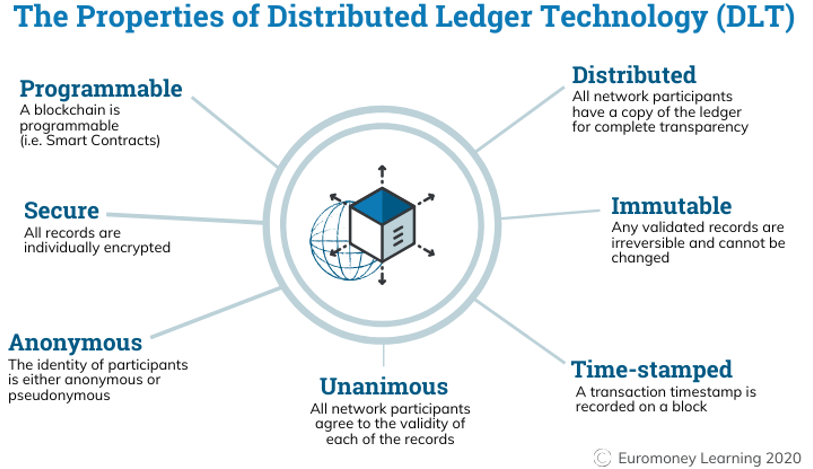 The Next Big thing in Blockchain

Blockchain is a database, which does not store data like a traditional database. It stores data in the form of blocks, which are connected together. New data is stored in a fresh block in the network. It is essentially a digital ledger, which create duplicates of the data and distributes it across all the systems in the blockchain network. Due to the distributed nature of the blockchain network, it proves to be safe, secure and impossible to hack or crack the system. Some of the key benefits of using blockchain are the use of containers or blocks to store data, which creates a decentralized system, with transparency, safety, security and high computing power. Because of the high safety standards offered by the blockchain technology, it is primarily used in the financial world. Some of the biggest application of blockchain are:-

1. Banks use it record transactions.

2. Cryptocurrencies are developed on the blockchain platform.

4.Industries such as real estate and trading use blockchain extensively to run their businesses.

5. Governments use blockchain based platforms to maintain databases of people and store sensitive information.

Over the course of this blog, we understand the evolution of blockchain, the reason for its current popularity in the market and the scope of future innovation in the field of blockchain.

The Evolution of Blockchain 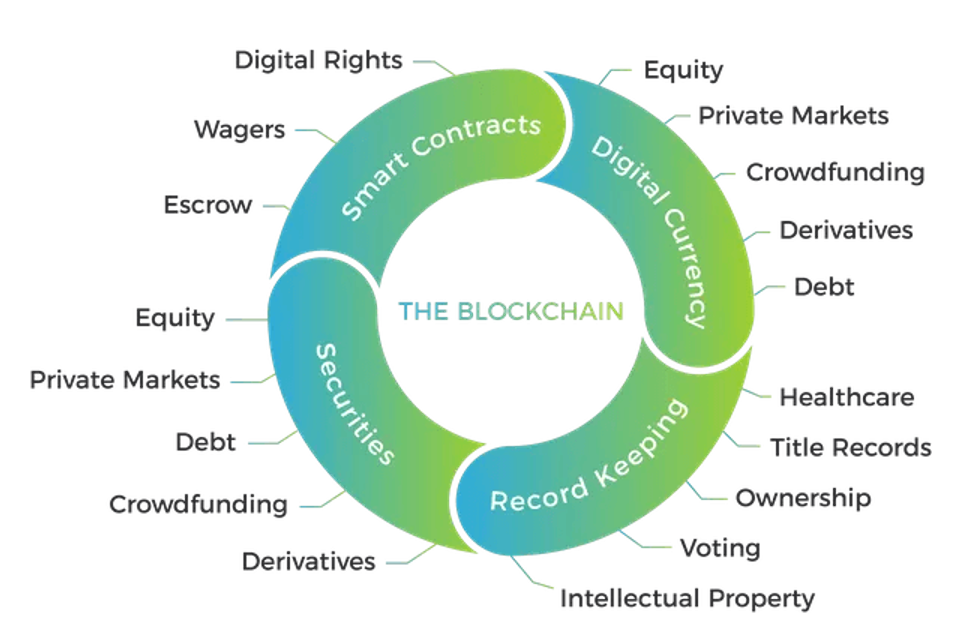 Blockchain is considered to be one of the greatest technological innovations in the 21st century. It was first conceptualized in the early 1990s. Stuart Haber and W. Scott Stornetta first thought about the idea of blockchain in 1991 where the current blockchain was rather a simple infrastructure setup in the form of blocks where the timestamps on the documents could not be tampered with. 1992 saw an upgrade in the infrastructure to increase the storage capacity of these blocks.
Satoshi Nakamoto is the brain behind the modern blockchain technology. In 2009, he published his whitepaper specifying the decentralized nature of the blockchain network and its vast applications in securing the trust of users in the digital transaction era. Blockchain is a platform where people are allowed to carry out transactions of all sorts without the need for a central or trusted arbitrator. The decentralized nature of the blockchain network allows 100% transparency for all the people in the network. Anyone who is a part of the blockchain network can access the documents and other data sets stored in these blocks. The entire network is based on peer-to-peer communication and a connection between two consecutive blocks through internal referencing. The next block in the network is always connected to the previous block with help of referencing of the contents.

1.The first phase in the evolution of blockchain came in the form of transactions. Cryptocurrencies such as bitcoin began gaining popularity in 2008. Bitcoin needed a secure environment for transactions. The whitepaper by Satoshi Nakamoto served as the building block for the development of modern blockchain network for cryptocurrency transactions and trading. The decentralized, peer-to-peer, transparent and secure environment proved to be a perfect match to the cryptocurrency requirement.
Our team of blockchain experts at Speqto technologies use these features and resources available to build custom applications for various types of transactions offering 100% guaranteed safety and security of the entire blockchain network.

2. The next phase in the evolution of blockchain is the application of blockchain for contracts using the ethereum platform. Vitalik Buterin is the mastermind behind the modern ethereum platform development. He is a visionary who saw the unlimited potential offered by blockchain other than just peer-to-peer network. Ethereum was launched in 2013, which was considered as an upgraded version of the existing blockchain technology. Buterin differentiated between the ethereum and blockchain platform by allowing a functionality where people could record various details about their assets, holdings, transactional history and build contracts. Ethereum blockchain is one of the most popular technologies in the modern world. It records the highest number of transactions due to its support for smart contracts and the decentralized nature of the network.
We at Speqto use this to our advantage to help our clients build their desired softwares on the ethereum platform, which allows them to carry out their transactions without worrying about any threat to their network and sensitive data.

3.The next phase in the evolution of blockchain came in 2018, where companies and people started using it for the development of various applications. Even with the large-scale application of both the first two phases of the blockchain technological evolution, it has not stopped the innovators in improving it further. A lot of countries are developing individualized blockchain platforms for the internal usage. Some of the examples are NEO from China, IOTA, Zcash and Das. These platforms solved the scalability issue in the blockchain network in the above phases. In addition to these blockchain platform developments. Many companies are choosing blockchain platform to develop various softwares, payment gateways, digital wallets and other applications for commercial usage. Experts at Speqto Technologies have recognized the huge growth and demand for the blockchain development experts in the market. With the help of these experts, Speqto technologies is leading the industry in terms of innovative development of various SaaS, PaaS and BaaS platforms to meet the industry demand.

Blockchain is one of the most trending technology in the market. The entire technical industry is working on various real world applications of the blockchain network. Some of the most important future scope for blockchain implementation areas are mentioned below:-

2.The increasing demand for BaaS (Blockchain as a service). Companies such as Microsoft and Amazon use their cloud platform to help user get access to predesigned blockchain networks and promote BaaS application in the industry.

3.Social media is one such domain, which sees the highest traffic on any online platform. The safety of these users hold the highest priority. Various social media giants such as Facebook, Instagram, Twitter and Snapchat are switching to various blockchain platforms to increase the safety standards and reassure their users their security on these platforms. 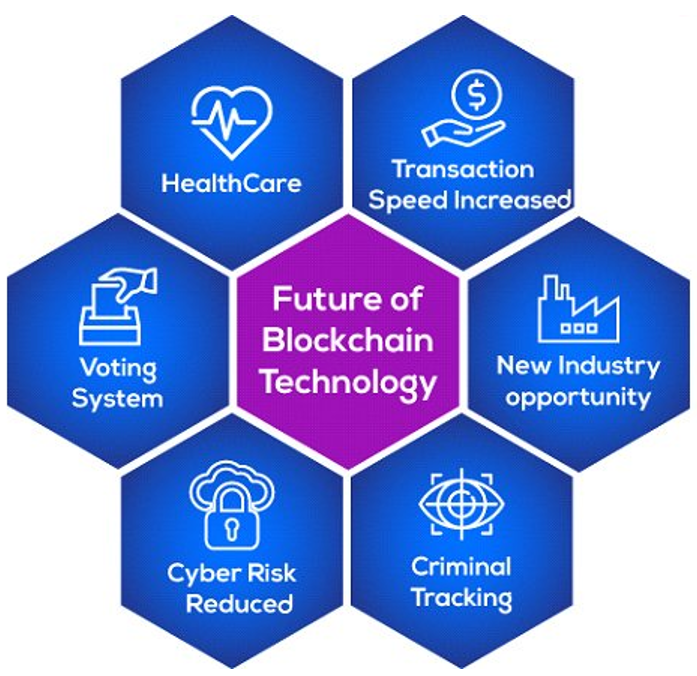 Speqto technologies aim to be the industry leader in innovation in the world of blockchain and development. Our way of thinking and excitement for the next evolution in the blockchain domain motivates us to build solutions, which are designed to exceed industry as well as client expectations. Over the course of this blog, we looked at various key factors that make blockchain one of the most important and popular technologies in the market today. Combining the current functionalities, the scope for tremendous growth and the scope for scalability of the systems, blockchain solutions and services by Speqto Technologies is perfect bridge to close the gap between need and availability.The tremendous future scope of blockchain is one the biggest motivations for us and our clients to prefer blockchain as a good technology for various applications and requirements. Blockchain began as a platform for bitcoin and over the years has gained popularity and expanded into serval industries. In the coming years it will continue to grow and reach new heights, taking its users with it.